The Universe is Funny Sometimes 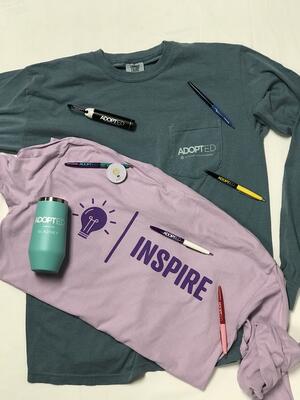 One of my favorite memories from this school year occurred at the end of a very long day. A student was sitting off to the side alone, so I went to speak with her once I had an open opportunity. As it turned out, it was her first day at this new school, so she was rightfully anxious. She told me she is a Gladney Baby and mentioned she has an open adoption with her birth grandmother. Other students heard her and started asking her questions and I watched this frightened young girl raise her shoulders up and lift her head.

She was connecting with other students because of her adoption story! The Universe stepped in later when I drew her name to win the AdoptED t-shirt. She looked so happy as she told me goodbye and left the classroom.

Topics: In The Classroom

adoptED is presented by